Did Ellen G. White teach amalgamation of man with beast? 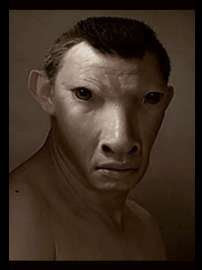 No! And were going to prove it. Here are the two quotes that our critics throw at us:

“But if there was one sin above another which called for the destruction of the race by the flood, it was the base crime of amalgamation of man and beast which defaced the image of GOD, and caused confusion everywhere. GOD purposed to destroy by a flood that powerful, long-lived race that had corrupted their ways before him.”—Spiritual Gifts, vol. 3, p. 64.

“Every species of animal which GOD had created were preserved in the ark. The confused species which GOD did not create, which were the result of amalgamation, were destroyed by the flood. Since the flood there has been amalgamation of man and beast, as may be seen in the almost endless varieties of species of animals, and in certain races of men.”—Page 75.

But there are a couple of points we want to address here:

Point #1: What is said and what is not said.

It is as equally as important to note what a quote does NOT say as it is to note what it does say. Please note that the quotes, as well as the entire chapter, does not say:

1) Amalgamation of man with beast.’
2) That the amalgamation produced a type of man-beast species.

Point #2: Context of the quote in question.

“Those who honored and feared to offend God, at first felt the curse but lightly; while those who turned from God and trampled upon his authority, felt the effects of the curse more heavily, especially in stature and nobleness of form.”

Notice first that she begins speaking about two classes of people, those who felt the curse “lightly” and those who felt it “more heavily.” Who are these two groups of people? The descendents of Seth and of Cain. Both are addressed by their different titles: Seth’s descendents are called the “sons of God” while Cain’s are the “sons of man.” What crime did these two groups commit?

They intermarried. Why was this a crime? Because the descendents of Cain were idolaters! God had never approved of intermingling with people of another religion and beliefs, especially of people who lived and enjoyed a life of sin. The Lord even gave laws some time after the flood to prevent this from happening again:

Deuteronomy 7:1-4
When the LORD thy God shall bring thee into the land whither thou goest to possess it, and hath cast out many nations before thee…. Neither shalt thou make marriages with them; thy daughter thou shalt not give unto his son, nor his daughter shalt thou take unto thy son. For they will turn away thy son from following me that they may serve other gods: so will the anger of the LORD be kindled against you, and destroy thee suddenly.

Leviticus 19:19
(19) Ye shall keep my statutes. Thou shalt not let thy cattle gender with a diverse kind: thou shalt not sow thy field with mingled seed: neither shall a garment mingled of linen and woollen come upon thee. (See also Deut. 22:9-11.)

If the account in Genesis 6 were read, one could easily see the results of this intermingling. As soon as the sons of God saw that the daughters of men were “fair” they “took them wives of all which they chose.” –verse 2. As soon as this took place, in verse 3 God says his spirit will not always strive with man, and verse 4 says that there were “giants in those days.” The offspring produced by this intermingling of the sons of God with the daughters of men were men “of old” and “renown” – verse 5. Apparently the Lord was not pleased with the men of the earth in those days, and said that their thoughts were constantly wickedness. Note this carefully… the number of righteous men (sons of God) appeared less and less as they intermingled, while the sons of men with their wickedness increased. So much so, that only “Noah” and his family were the only “perfect and just” people found in his generation –verse 9. Consequently, only these were saved in the Ark. This steady increase of wickedness from verses 1 through 6, and the steady decrease of the sons of God through these verses, is the very reason why intermingling with other races or peoples of different beliefs is, as Ms White calls it, a “crime.” The problem here is not with the mixing of people, but with the mixing of people with different beliefs. As Ms White puts it…

“… they became corrupt, and by intermarriage with them, lost, through the influence of their wives, their peculiar, holy character, and united with the sons of Cain in their idolatry.” –3SG, page 60

They were influenced by the daughters of men into idolatry, and the very title “daughters of men” rather then “of God” shows they were not a people who worshiped the true God. God knew that intermingling with heathens would cause his people to turn astray…

Deuteronomy 7:1-4
“…For they will turn away thy son from following me that they may serve other gods: so will the anger of the LORD be kindled against you, and destroy thee suddenly.

It is through this context that we should therefore understand her concluding statement “amalgamation of man and beast. Ellen G. White was in agreement with Paul when he said:

2 Corinthians 6:14
(14) Be ye not unequally yoked together with unbelievers: for what fellowship hath righteousness with unrighteousness? and what communion hath light with darkness?

If what she meant was a mixing of man “with” beast, the context of the chapter would have dealt more with just that.

Point # 3: We now want to address a crucial question:

How can animals deface the image of God by amalgamation, as they are not created in his image?

The following web site (www.ellenwhitedefend.com) examines this particular point in a very informative way. Notice closely the underlines we have added to emphasis (the two graphics are ours):

“One apparent stumbling block in the way of accepting this interpretation of the passage as an intermarriage of races of men and a crossing of different species of animals is the construction of the statement: ‘amalgamation of man and beast which defaced the image of God.’ And how could the crossing of species of animals do this? But let us look more closely at what she says. Two results follow from the ‘amalgamation of [A] man and [B] beast:’ It…

(A) ‘defaced the image of God,’ and
(B) ’caused confusion everywhere.’

We have seen how the marriage, the amalgamation, of the races of men produced the first of the results. Why could we not properly consider that the amalgamation of the races, or species, of animals produced the second, that is, ’caused confusion everywhere?’ When two related things are described in one sentence, it does not follow that we must understand that all the results listed flow from each of the two. This brings us to a consideration of the second of the two controversial passages:

‘Every species of animal which GOD had created were preserved in the ark. The confused species which GOD did not create, which were the result of amalgamation, were destroyed by the flood. Since the flood there has been amalgamation of man and beast, as may be seen in the almost endless varieties of species of animals, and in certain races of men.’—Ibid., p. 75.

Let us summarize, now, by placing in parallel columns the substance of two statements by Mrs. White:

Note: The graphic is ours.

We believe these parallel passages fully warrant the conclusion, already reached, that when Mrs. White said, ‘amalgamation of man and beast,’ she meant (1) the amalgamation of races of men, and (2) the amalgamation of species of animals. The first “defaced the image of God, ” the second “caused confusion everywhere.” -visit ellenwhitedefend.com

In addition to their response, we want you to note that the second quote in question actually confirms that when Mrs. White said amalgamation of animals the results of this, she concluded, was “confusion everywhere:”

“Every species of animal which GOD had created were preserved in the ark. The confused species which GOD did not create, which were the result of amalgamation, we destroyed by the flood. Since the flood there has been amalgamation of man and beast, as may be seen in the almost endless varieties of species of animals, and in certain races of men.”—Ibid., p. 75.

We again quote from our friends at ellenwhitedefend.com on this matter:

“At no time did Mrs. White offer any comment on the matter. James White spoke approvingly of Smith’s book defending Mrs. White against fifty-two objections. But it would be a bold assumption to conclude from this that he agreed with every detail of every explanation and defense that Smith presented. (See James White’s approving paragraph in the Review and Herald, Aug. 25, 1868, p. 160.) In the chapter “The Image Beast and 666” we noted that James White approved, with apparently no qualification, a certain prophetic chart. But later, and in another connection, he gently ridiculed a point of prophetic interpretation that is reflected in one statement in the chart. Now, if we are not warranted in drawing from James White’s approval of Smith’s book the conclusion that he specifically endorsed Smith’s statement on amalgamation, we are even less warranted in concluding from James White’s approval that Mrs. White approved. Mrs. White’s silence proves nothing. Only rarely did she make a statement regarding the accuracy or inaccuracy of explanations made by others concerning her writings.”

Reading ellen whites quotes out of context is common amoung our critics. See, for example, our response to Elder Olson’s list of Ellen White contadictions.

What does it mean to be “under the law?”

Was Ellen G. White a Plagiarist?