PART 1: POINT BY POINT RESPONSE TO AN ADVENTIST CRITIC: GALATIANS 3:17-18

PART 1: POINT BY POINT RESPONSE TO AN ADVENTIST CRITIC: GALATIANS 3:17-18
by Elder Edwin M. Cotto (notes for the video response).

INTRO: This begins part 1 of our series responding to critic Chris Tucker (full article HERE). The first question is: When was the Law established? And Gal. 3:17-18 is quoted.  We will be responding to this article in video/writing for the next few weeks. Contributions came from various SDAs.

SECTION 1: “BECAUSE OF TRANSGRESSION…”

The context states that the Law came 430 years after the promises made to Abraham and his Seed (verse 16-17). Verse 19 parallels verse 17 by saying the Law was “added because of transgression…”

SECTION 3: HOW OTHER PORTIONS OF SCRIPTURE COMMENT ON THIS MOMENT.

It helps to look for other instances where there is commentary on the moment the Law was given on Mt. Sinai.

“For ye are not come unto the mount that might be touched, and that burned with fire, nor unto blackness, and darkness, and tempest, And the sound of a trumpet, and the voice of words; which voice they that heard intreated that the word should (Gk: prostithēmi) not be spoken (Gk: prostithēmi) to them any more.” Hebrews 12:18-19.

“Moreover the law entered, that the offence might abound. But where sin abounded, grace did much more abound.” (Romans 5:20).

CONCLUSION: The critic asked, “When was the law established?” and quotes Gal. 3:17, later writing, “the law started AFTER the promise to Abraham…” But the same text says that transgression was already taking place. Rom. 4:15 explains that where there is transgression, there is law, and various examples were demonstrated. Finally, we learned that terms like added, spoken, entered or given prove that the Law did appear on Mt. Sinai, though in a special sense; for the purpose of making sin look extra bad, that sinners may see their need and repent via the over abundance of grace provided. Thus Law and Grace work together for the salvation of souls, the former revealing sin (Rom. 7:7, 1 John 3:4, 1 Tim. 8-9), the latter saving from sin (Eph. 2:8).

What does it mean to be “under the law?” 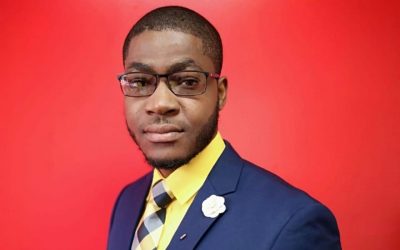 AN EXAMINATION AND REFUTATION OF 16 PROPOSITIONS AGAINST SABBATH KEEPING, PART 9